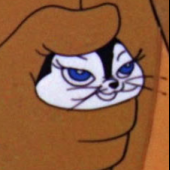 said:
Once you play Thorn you'll never forget him. Why?

Imagine a cool tree dude that totally fucked any plans your enemy had. Just ruins them. Why? Because first of all he was tanky, but he was also SNEAKY AS FUCK! He shot seeds at people that slowed them and then if your enemies came near you or you went near them and attacked them you regenned hp.

He had a plant that he spawned on the map that pulled enemies towards him after like half a second after he planted it. This was the most fun shit to land and just spat on your opponents positioning.

His escape was a tunnel underground and pop up somewhere else skill. Imagine a sneaky tree just exploding up from under your feet and proceeding to slap you into another millennium.

But that's all irrelevant because his real profession was expert wall builder. When he ulted he created a wall of thorns that would slow and damage anyone who walked through them.

The dream with Thorn was slapping 2 seeds on someone, pulling them, hitting them with the ultimate and then jumping underneath them. That shit is something you remember for life.